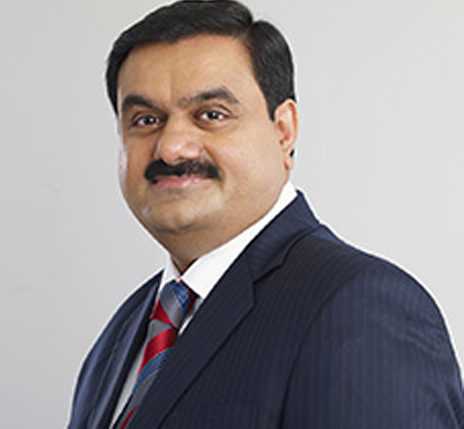 Since our inception in 1988, the Adani Group has grown exponentially. Over the last 25 years, the Group has established itself as a leading infrastructure conglomerate from India and put together an integrated value chain that is unique and in many ways unparalleled anywhere in the world.

This has been primarily achieved by our people who have had the courage to constantly charter into unexplored waters and made “Thinking Big. Doing Better” a natural philosophy that is embodied in our daily lives at the Adani Group. Be it resources, logistics, energy or agri, each one of us takes pride in what we do and each one of us sincerely believes we are doing our part in nation building and touching the lives of millions of people positively. It is this belief that keeps our Group’s culture vibrant and alive.

The macroeconomics of India has never looked stronger and our continued investment has been driven by our confidence that over the next two decades India will easily be one of the top five largest nations in the world fuelled by the demand of its own population and energized by the sheer potential of a young workforce unparalleled anywhere else in the world. No other nation has this opportunity “ahead” of it.

While the Group finished the fiscal year 2015-16 as the largest private power producer in the country, as the largest ports and logistics business in the country and as the largest integrated coal management company in the country, it also was the fastest growing entity along each of these business verticals with a CAGR of over 25% over the past 5 years. However, we were never built to rest on our laurels. We realize that the world around us continues to dramatically transform and this requires us to transform even faster. We have therefore embarked on a journey to set world largest solar power plant, largest solar park, and India’s largest solar manufacturing set up, all in record time. With a current power generation capacity of more than 11,000 MW, we are already the largest private power producer in India. We are now augmenting this through a commitment to set up an additional 10,000 MW of renewable power generation capacity of which we already have about 2.5 GW completed or under execution including the world’s largest single location solar power plant of 648 MW. At the same time the possibilities ahead for our integrated string of ports and logistics business are so immense that the platform we have laid for our growth over the past decade makes us one of the most exciting global companies in this sector. What makes us even more truly unique when it comes to value and opportunity creation is the coupling that exists between our energy and logistics value chain!

While India still has many challenges to overcome, there is no denying the fact that India today is in a uniquely advantageous situation with an overall macroeconomics stacked in its favor and therefore has the best opportunity to tackle its most difficult problems. The fact that over the last 2 years India has been the world’s fastest-growing nation is just one manifestation of this potential. Be it the government’s call for ‘Make in India’, focus on energy security, driving the world’s most ambitious renewable power generation program, investing in programs like inland waterways and sagarmala, accelerating the building of road infrastructure and making India easy to do business with – every one of these will start showing results of unforeseen proportions once they are mainstreamed in the next 2-3 years. We believe that this is the golden era of opportunity for India and when backed by the social programs that the Government has initiated, we are on the cusp of an economic growth revolution that will be on a global scale in the years to come. One could choose to remain a skeptic or one could choose to embrace the optimism and opportunity. The Adani Group has continued to invest through the most difficult times of the economy and very distinctly sees the days ahead as a period for it to capitalize and build on the platform that it has built for itself over the past decade.

The days ahead also provide us with an opportunity for making significant headway with one of the biggest challenges the nation faces – poverty alleviation. This can never be the role of just the Government but has to be done in an absolute partnership with the corporates. At the Adani Group, we realize that many a time the work we do to build national infrastructure takes us into areas that have people much less fortunate and it is here that the Group’s CSR arm, the Adani Foundation has played a crucial role and touched the lives of millions of Indian people. Whether it is actively working in the areas of Education, Healthcare, Rural Livelihood Development & Sustainable living or large-scale forestation and development of mangrove plantations, bringing positive social, economic and environmental changes in the communities within which we operate has always been an overriding objective.

It is my promise that we will continue to invest and do our part to help the people wherever we operate. While “Thinking Big. Doing Better” has been the philosophy that has always driven us, it is the Doing Better part that makes us humane.

Get associated with us and explore the opportunity to earn more.

Calculate how much loan you can get based on your salary & other factors.